We offer an array of educational programs to enable students at all levels of knowledge to learn about Ayn Rand’s philosophy and novels.
Free Books

Thanks to our donors, students can receive a free Ayn Rand eBook of their choosing! Just say a few words about why you want to read the book, and promise to read it. The eBooks are provided via Kobo, and may be read on the free Kobo app or a Kobo eReader.

New to Ayn Rand? We recommend starting with one of her novels, and then entering one of our corresponding annual essay contests. They’ll challenge you to think deeply about the book you’ve read, and award more than $30,000 to students each year!

This offer is for current and recent (in school within the past 3 months) students.

(If you’ve read all of these titles, you may request a different one.).

(If you’ve read all of these titles, you may request a different one.).

Interested in learning more about Ayn Rand’s ideas? Select free copies of her fiction and nonfiction are available exclusively for students and student clubs.

If you’re an individual student, simply register at FreeObjectivistBooks.org and indicate which book you’d like to read. The site will attempt to match you with a generous donor to fulfill your request.

For student clubs seeking to order multiple copies for study and discussion, simply click on the club link below.

If you’d like updates on our programs for students, register here.

Note: FreeObjectivistBooks.org is an external site and not affiliated with or managed by the Ayn Rand Institute.

GET YOUR BOOK TODAY  GET BOOKS FOR A CLUB 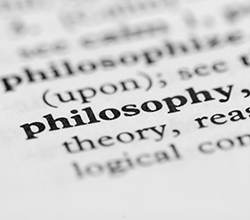 PHILOSOPHY: WHO NEEDS IT

What is philosophy — and how is it relevant to my life? Ayn Rand answered these questions in her address to the senior class of the United States Military Academy at West Point in 1974.

Rand challenges the idea that philosophy belongs only in the ivory tower. Instead she argues that, whether we realize it or not, we all hold and act on philosophic ideas — and philosophy is a crucial, practical need of human life.

This illustrated audio lecture is a great starting point for those new to philosophy or to Rand’s ideas. The talk became the lead essay in Rand’s book Philosophy: Who Needs It.

Who is John Galt? When he says that he will stop the motor of the world, is he a destroyer or a liberator? Why does he have to fight his battles not against his enemies but against those who need him most? Why does he fight his hardest battle against the woman he loves? You will know the answer to these questions when you discover the reason behind the baffling events that play havoc with the lives of the amazing men and women in this book. You will discover why a productive genius becomes a worthless playboy . . . why a great steel industrialist is working for his own destruction . . . why a composer gives up his career on the night of his triumph . . . why a beautiful woman who runs a transcontinental railroad falls in love with the man she has sworn to kill. Atlas Shrugged, a modern classic and a perennial Ayn Rand bestseller, offers the reader the spectacle of human greatness, depicted with all the poetry and power of one of the twentieth century’s leading artists.

The Fountainhead, Ayn Rand’s controversial novel, tells the story of the desperate battle waged by Howard Roark, whose integrity was as unyielding as granite . . . of Dominique Francon, the exquisitely beautiful woman who loved Roark passionately, but married his worst enemy . . . of the fanatic denunciation unleashed by an enraged society against a great creator. Its theme is one of the most challenging ideas ever presented in a work of fiction—that man’s ego is the fountainhead of human progress.

Anthem is Ayn Rand’s “hymn to man’s ego.” It is the story of one man’s rebellion against a totalitarian, collectivist society. Equality 7-2521 is a young man who yearns to understand “the Science of Things.” But he lives in a bleak, dystopian future where independent thought is a crime and where science and technology have regressed to primitive levels. All expressions of individualism have been suppressed in the world of Anthem; personal possessions are nonexistent, individual preferences are condemned as sinful and romantic love is forbidden. Obedience to the collective is so deeply ingrained that the very word “I” has been erased from the language. In pursuit of his quest for knowledge, Equality 7-2521 struggles to answer the questions that burn within him — questions that ultimately lead him to uncover the mystery behind his society’s downfall and to find the key to a future of freedom and progress. Anthem anticipates the theme of Rand’s first best seller, The Fountainhead, which she stated as “individualism versus collectivism, not in politics, but in man’s soul.

First published in 1936, We the Living portrays the impact of the Russian Revolution on three human beings who demand the right to live their own lives and pursue their own happiness. It tells of a young woman’s passionate love, held like a fortress against the corrupting evil of a totalitarian state. We the Living is not a story of politics, but of the men and women who have to struggle for existence behind the Red banners and slogans. It is a picture of what those slogans do to human beings. What happens to the defiant ones? What happens to those who succumb? Against a vivid panorama of political revolution and personal revolt, Ayn Rand shows what the theory of socialism means in practice.

The Voice of Reason

The Voice of Reason: Essays in Objectivist Thought is a posthumous collection of Rand’s works edited by Rand’s heir and long-time student and associate, Leonard Peikoff, who says the book is “the final collection of Ayn Rand’s articles and speeches that I plan to publish. It may be regarded as the best of the non-anthologized Ayn Rand.”

The essays in The Voice of Reason cover the span of Rand’s thought: from theoretical philosophy to cultural and political commentary, from a discussion in “Who Is the Final Authority in Ethics?” of why God or any other alleged authority is incompatible with the science of morality to a discussion in “Through Your Most Grievous Fault” of the death of Marilyn Monroe.

In addition, the book contains articles by Peikoff as well as an essay by Objectivist scholar Peter Schwartz.

“The method of capitalism’s destruction,” Ayn Rand writes, “rests on never letting the world discover what it is that is being destroyed.” In Capitalism: The Unknown Ideal, Rand and her colleagues define a new view of capitalism’s meaning, history, and philosophic basis and set out to demolish many of the myths surrounding capitalism. Does capitalism lead to depressions, monopolies, child labor or war? Why is big business so hated? Why have conservatives failed to stop the growth of the state? Is religion compatible with capitalism? Is government regulation the solution to economic problems or their cause? What is freedom and what kind of government does it require? Is capitalism moral? Capitalism: The Unknown Ideal tackles these and other timeless questions about capitalism, and lays out Rand’s provocative thesis: that the system of laissez-faire capitalism is a moral ideal.

Return of The Primitive (Exp. Edition of the New Left)

The ’60s are usually glorified as a time when America’s youth stood up in rebellion against the cultural establishment. Protesting everything from Vietnam to industrial capitalism, college students under the banner of the New Left forcibly occupied campus buildings and idolized Ho Chi Minh and Fidel Castro — and were hailed as idealistic revolutionaries.

In a number of essays, she analyzes the campus protests and the ideology of the New Left, concluding that far from rebelling, they were slavishly following every basic idea of their teachers — and that far from being idealistic, they were attacking the key foundations of a rational, free society.

Rand’s writings on these and related topics were collected in The New Left: The Anti-Industrial Revolution(1971). A 1999 edition, Return of the Primitive, added supplementary articles, including three by editor Peter Schwartz analyzing the New Left’s enduring legacy.

Philosophy: Who Needs It

Philosophy: Who Needs It is the last work planned by Ayn Rand prior to her death in 1982. In these essays, Rand shows how abstract ideas have profound real-life consequences. She identifies connections between egalitarianism and inflation, collectivism and the regulation of pornography, alcoholism, and the problem of free will vs. determinism. Contrary to the notion that philosophy is detached from the practical concerns of life, Rand sees philosophy’s influence everywhere, leading her to ask questions like: How can a person’s views about metaphysics impact his ambition and self-confidence? How has the notion of “duty” given morality a bad name? How did the belief that faith is superior to reason unleash the horrors of twentieth-century totalitarianism? Philosophy: Who Needs It also includes Rand’s assessment of a number of prominent thinkers, including John Rawls, John Maynard Keynes, B. F. Skinner, and, above all, Immanuel Kant, whom Rand regards as her arch philosophical adversary. In these eighteen essays, readers learn why Rand’s answer to the question of who needs philosophy is an emphatic: you do.

The Virtue of Selfishness

Most ethical discussions take for granted the supreme moral value of selfless service. Debate then centers on details: Should we serve an alleged God or substitute “society” for God? How much sacrifice is required? Who’s entitled to benefit from others’ sacrifices? In this volume’s lead essay, “The Objectivist Ethics,” Ayn Rand challenges that basic assumption by reconsidering ethics from the ground up. Why, she asks, does man need morality in the first place? Her answer to that question culminates in the definition of a new code of morality, based in rational self-interest, aimed at each individual’s life and happiness, and rejecting sacrifice as immoral. In additional articles, Rand expands her theory and discusses practical questions such as: Do people face intractable conflicts of interest? Isn’t everyone selfish? Doesn’t life require compromise? How do I live in an irrational society? What about the needs of others? What are political rights? What’s the rational function of government? Her fresh, provocative answers cast new light on what it means to be genuinely selfish.

Objectivism: The Philosophy of Ayn Rand

In 1976, philosopher Leonard Peikoff, her longtime student and associate, gave a lecture course that Rand described as “the only authorized presentation of the entire theoretical structure of Objectivism, i.e., the only one that I know of my own knowledge to be fully accurate.”

Following Rand’s death, Peikoff edited and reorganized those lectures to produce Objectivism: The Philosophy of Ayn Rand, the first comprehensive statement of her philosophy. Published in 1991, this book presents Rand’s entire philosophy — metaphysics, epistemology, ethics, politics and esthetics — in essentialized and systematic form.