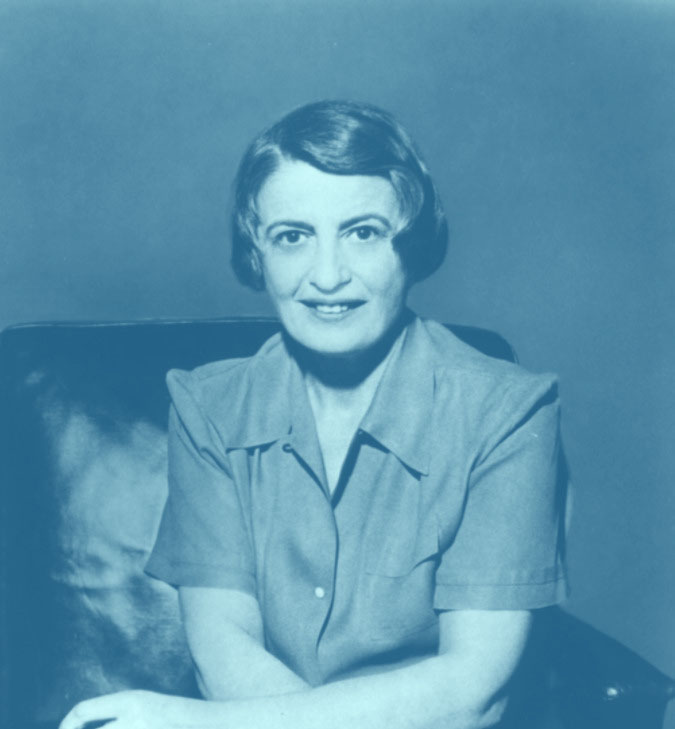 This Catholic priest requested anonymity, so identifying information has been removed from Ayn Rand’s reply.

Thank you for your letter. No, I have no desire to “tear it up in disgust” nor to “have a good laugh at an enemy.” I found it profoundly interesting and I sincerely appreciate it.

Yes, I was “startled at a clergyman talking like that,” but I cannot say that I would have considered it impossible. I have often thought that since religion has been the only field seriously concerned with morality, a religious philosopher should or could be interested in the philosophy of Atlas Shrugged. Rather than regard you as an “enemy,” I would like to think of you as an honorable adversary. After many disappointments in this regard, I am not certain that such an adversary can exist, but I will assume it as a hypothesis and will answer you on that assumption.

I see that some aspect of my writing appeals to you, but you have not indicated specifically what it is that you do agree with. You indicate that you disagree on the issue of atheism. I do not understand your position on this subject. You write that, according to your concept, God is “the Depth, the Source, the Force, the Love of life.” These are metaphorical expressions; I do not know what they mean in this context. You say: “It simply is so, because Life is not a blind force and no contradiction.” This is an arbitrary assertion on your part. Life is neither a “blind force” nor a supernatural one; it is a natural fact, which exists and requires no supernatural explanation.

You write: “Am I going to prove my point? Can you prove that contradictions do not exist?” I will refer you to Aristotle’s definition of an axiom and to Galt’s statement in Atlas Shrugged in reference to axioms: “An axiom is a proposition that defeats its opponents by the fact that they have to accept it and use it in the process of any attempt to deny it.” The Law of Identity is an axiom; so is the Law of Contradiction. The concept of proof presupposes the existence of axioms from which such proof is derived. The laws of logic are the means by which one proves the truth of one’s statements; the demand that one “prove” the laws of logic is a contradiction in terms. But the concept of God is not an axiom.

2.
Your interpretation of the concept of God as “powerless on earth” is highly original, but it is a personal interpretation, which does not validate the concept in question and cannot be taken as a fact of reality.

In regard to the meaning of the crucifixion, you must certainly know that your interpretation is not the generally accepted one. There are many interpretations of that meaning, but the prevalent one is that Christ died on the cross as a sacrifice to redeem man from Original Sin. This is the idea I was answering in the Playboy interview.[*]

I was astonished by your statement that my answer to Playboy was not straightforward, with the implication that I softened the issue in order not to shock the public. Such an implication is unworthy of you. You refer to my courage and seem to understand that courage was required to formulate my philosophy and to publish what I have published. If so, then isn’t it somewhat preposterous to suspect me of being afraid to speak openly in, of all things, a popular magazine?

I was not “taken aback” by the question about the sign of the cross. It is a question that I have discussed many times. What I did object to was the interviewer’s way of presenting the issue in such superficial terms. I considered it offensive on the ground of respect both for my philosophy and for religion. The issue is too serious to hide behind symbolism. A discussion in terms of mere symbols can lead to nothing but misrepresentation and confusion. Since both the sign of the dollar and the sign of the cross are symbols, it is the ideas they symbolize that had to be discussed openly and explicitly. It is the notion of sacrificing the best to the worst, of the ideal to the non-ideal, that was essential in this context and that I discussed. I call your attention to my concluding answer on this issue: “If I had to choose between faith and reason, I wouldn’t consider the choice even conceivable. As a human being, one chooses reason.” Do you regard this as a “softening” touch?

Perhaps I should add that I am an intransigent atheist, but not a militant one. This means that I am an uncompromising advocate of reason and that I am fighting for reason, not against religion. I must also mention that I do respect religion in its philosophical aspects, in the sense that it represents an early form of philosophy.

I have the impression that you are a follower of Thomas Acquinas, whose position, in essence, is that since reason is a gift of God, man must use it. I regard this as the best of all the attempts to

3.
reconcile reason and religion—but it is only an attempt, which cannot succeed. It may work in a limited way in a given individual’s life, but it cannot be validated philosophically. However, I regard Aquinas as the greatest philosopher next to Aristotle, in the purely philosophical, not theological, aspects of his work. If you are a Thomist, we may have a great deal in common, but we would still have an irreconcilable basic conflict which is, primarily, an epistemological conflict.

No, I will not publish your letter, and if I show it to anyone, I will be very careful to omit your name. I sympathize fully with your desire not “to be hurt by fools more than necessary.”

With my sincere appreciation,

*The interview with AR appeared in the March 1964 issue of Playboy and was reprinted in The Playboy Interviews: The Best of Three Decades, 1962–1992.

The priest answered on April 1, 1965, with a long, friendly letter. There is no record of a response by AR.