I am often asked whether I am primarily a novelist or a philosopher. The answer is: both. In a certain sense, every novelist is a philosopher, because one cannot present a picture of human existence without a philosophical framework. . . . In order to define, explain and present my concept of man, I had to become a philosopher in the specific meaning of the term.

Howard Roark. John Galt. Dagny Taggart. Hank Rearden. The heroes of The Fountainhead and Atlas Shrugged are famous because they’re unique. Rand’s stories, full of drama and intrigue, portray businessmen, inventors, architects, workers and scientists as noble, passionate figures. Where else will you find an inventor who must rediscover the word “I,” a young woman who defies a nation embracing communism, or an industrialist who must disguise himself as a playboy? A philosopher-pirate? An architect who is fiercely selfish yet enormously benevolent? A man who vows to stop the motor of the world — and does?

In creating her novels, Rand sought to make real her exalted view of man and of life — “like a beacon,” she wrote, “raised over the dark crossroads of the world, saying ‘This is possible.’” For millions of readers, the experience of entering Rand’s universe proves unforgettable.

My basic test for any story is: Would I want to meet these characters and observe these events in real life? Is this story an experience worth living through for its own sake? Is the pleasure of contemplating these characters an end in itself?

— Ayn Rand, “The Goal of My Writing,” The Romantic Manifesto 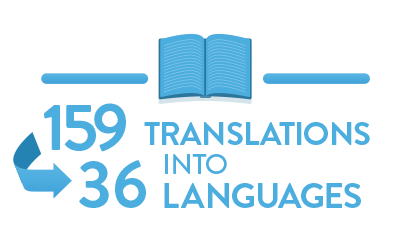 How many publishers rejected the Fountainhead manuscript?

More than five publishers turned down an opportunity to publish the Ayn Rand novel that would eventually sell more than seven million copies. (Learn more about this Rand best seller here).

No, it was actually twelve publishers who turned down the Ayn Rand manuscript that eventually sold more than seven million copies. (Learn more about this Rand best seller here.)

For Rand, philosophy is not an esoteric subject but a daily force shaping individual lives and human history. You must have some view of the kind of world you live in, of how best to understand and deal with it, and of what to aim at in life. Your only choice is whether your philosophical premises are acquired by your own independent thinking or absorbed unquestioningly from those around you.

Formally, Rand called her philosophy “Objectivism,” but informally she called it “a philosophy for living on earth.”

In contrast to the idea that reality is a plaything of gods or that it varies from person to person, Objectivism holds that facts are facts, independent of anyone’s wishes or beliefs. Things are what they are — and act accordingly. Reality — nature — is absolute: “You can’t eat your cake and have it, too.”

In contrast to the idea that you can’t know anything for sure or must be guided by faith or instinct, Objectivism holds that you can achieve certainty, but only if you use reason. Reason — sense-perception, concepts, logic — is your only means to knowledge and your only guide to successful action.

In contrast to the idea that the state exists to promote the “public interest,” Objectivism holds that it exists to protect each individual’s rights. It should control neither ideas nor production: “a separation of state and economics, in the same way . . . as the separation of church and state.”

Learn More About The Ideas

During her own lifetime, Rand became a famous and controversial figure. A best-selling author, she also carried her message to university classrooms, to Hollywood, to Congress, to the editorial page, to talk shows and radio programs. Her presence has only increased since her death in 1982, as her philosophy has become more well-known. Today, her books have sold in the millions, and she’s the subject of an Oscar-nominated documentary, a U.S. postage stamp, university courses, and a philosophical society devoted to the study of her thought.

Fueled by her vision of man as a heroic being and by the original philosophy behind it, more and more people, from all walks of life, from businessmen to students to professors to athletes to artists, are saying the same thing: “Ayn Rand’s writings changed my life.”

“I did not know that I was predicting my own future when I described the process of Roark’s success: ‘It was as if an underground stream flowed through the country and broke out in sudden springs that shot to the surface at random, in unpredictable places.”

The Ayn Rand Archives acquires, preserves, and provides access to Ayn Rand’s personal papers and related items. Our holdings form the most comprehensive grouping of Ayn Rand material in the world. The reading room, located in Irvine, California, is open to scholars, general writers, journalists, and university students. To learn more about our collections or to make an appointment to visit us, please click here.

Subscribe to receive timely updates. You’ll be the first to learn about our latest initiatives and program successes and how you can help ARI achieve its mission to spearhead a cultural renaissance of reason, rational self-interest, individual rights and laissez-faire capitalism. Now more than ever, it’s an exciting time to engage with ARI.

Do you remember what you thought or how you felt when you read Atlas Shrugged or The Fountainhead for the first time? Do you want others to have that same experience?

The Ayn Rand Institute makes that happen every day. We encourage young people to read Ayn Rand and become passionate about her ideas through educational programs, articles, talks, blog posts and social media.

Ayn Rand’s philosophy offers a much-needed antidote to the present culture. Your contribution will help us promote her ideas to the widest possible audience.